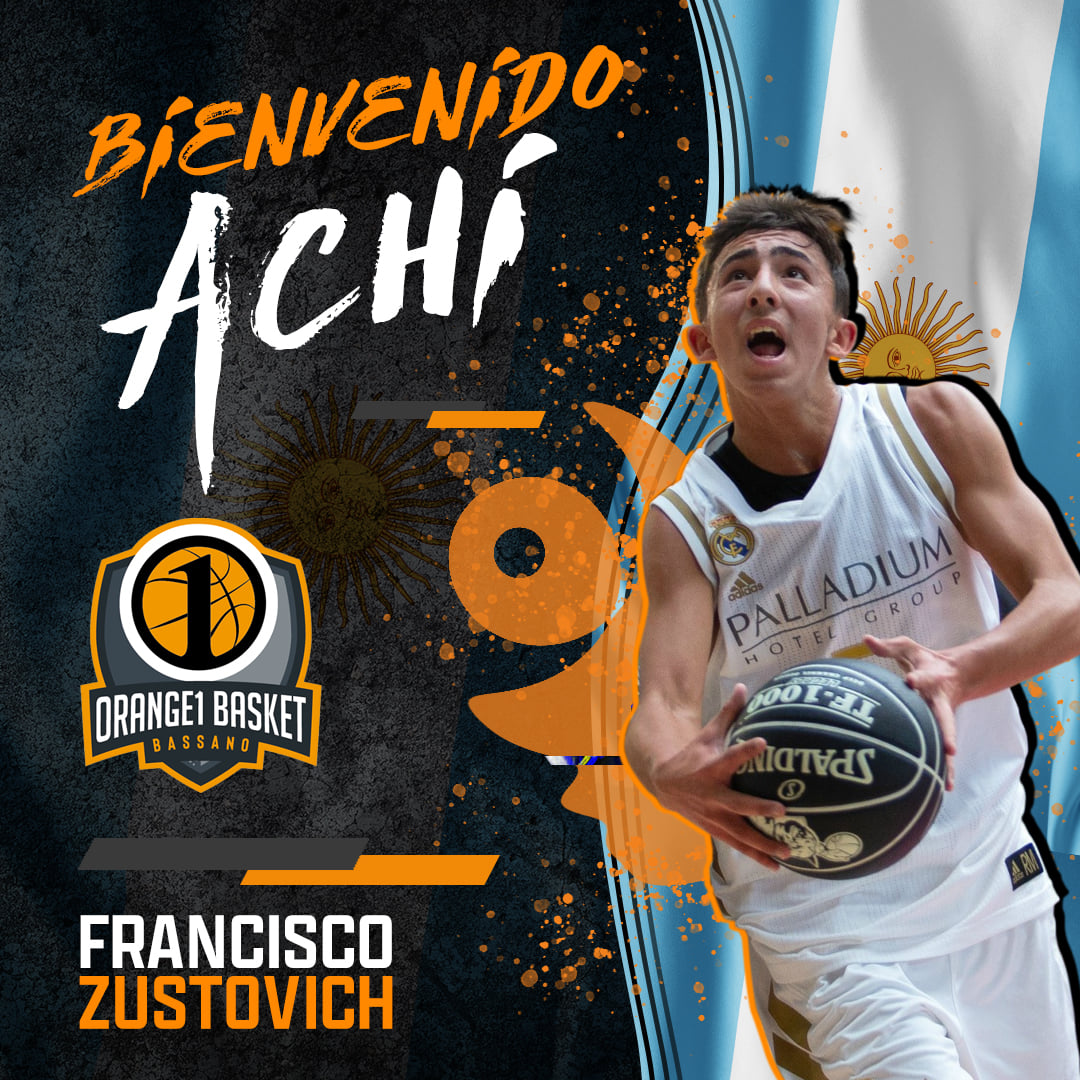 It is the turn of one of the strongest players in South America to choose Orange1 Basket Bassano to pursue his dream. Francisco Zustovich was born on January 13, 2006 in Mar del Plata in Argentina. 185cm playmaker is one of the most interesting players of his generation. On 23 December 2020, at only 14 years of age, Francisco known as “Achi”, made his debut in the Argentine top flight, the Liga Nacional de Básquet, with his Peñarol de Mar del Plata, playing 4 minutes and scoring two triples of great personality . He is the third youngest in the history of the Argentine Liga by age at the debut. Previously he had already been in the national limelight due to the 78 points scored with his youth team (in just 20 minutes). That performance earned him an invitation to Europe in the Cantera of Real Madrid, where he spent a month and where he played the most important Spanish U14 tournament. The delay in obtaining a Spanish passport made the boy and his family change their decision, who decided to choose Orange1 Basket by signing a multi-year contract. The choice to come to Bassano at a difficult time like this is confirmation of the goodness of the Orange1 project which is based on improving basketball, but also on the academic aspect. And it was precisely the academic path proposed to Francisco that allowed the agreement to be closed. In the hope that the pandemic will allow him to see “Achi” also on the pitch, a first level school path is already ready for him. For him in the coming weeks the major commitment will be on books. His “Orange1 Career” is ready to begin. Zustovich will join a group of top-level players. The 2006 vintage is preparing to be a “golden generation” for Bassano, or rather an Orange generation. With his arrival, the multiculturalism within the Orange1 House increases, which this year sees over 25 Italian and foreign young people, all deserving of having received a “full” scholarship from the main sponsor Orange1 Holding of Armando Donazzan.